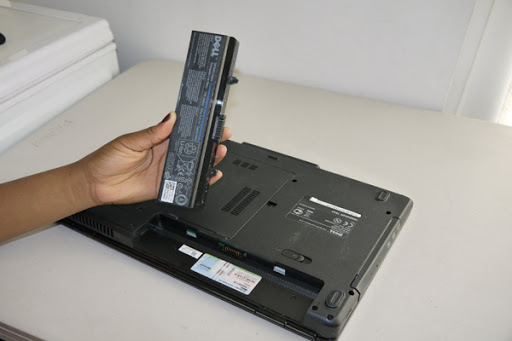 Laptops are known for their portability and compactness. A laptop can be carried anywhere and can perform any task which is the best quality of it because it has a battery present in it so it can also work for ample time without any power source.

There’s being the development of laptop batteries on daily basis. Nowadays the major batteries inside an electric device are made of lithium. Despite the improvement of lithium-based batteries, the batteries have become one of the devices which have less life span compared to others and need repair or complete removal of the batteries in time-to-time.

In this article, you will learn various methods by which you can repair the laptop batteries and in case of replacing you can replace it. Read the article carefully and perform these methods watchfully to avoid any mishap with the battery.

There are four types of battery which are mostly used in electric devices, which are—

Except for the Alkaline battery, the other three batteries are rechargeable which means the chemical process taking place inside it can be reversed that is why they are used inside the laptop batteries.

Freezing can remove the byproduct causing the interaction to get back to normal and restores the charging process. The freezing method has been scientifically proved to work for most types of batteries. In NICKLE CADMIUM and NICKLE METAL HYDRIDE based batteries this method can at least restore ninety percent of the power it had.

TO PERFORM THIS METHOD—

Shut down your computer unplug the charging source remove the battery carefully and place it inside a plastic bag and place the battery for freezing for about 10-12 hours (Keeping the battery for more than 24 hours can lead to the breakdown of the battery and which cause leakage in it). After 10-12 hour takes the battery out and removes the plastic bag then remove the condensation formed on it by use of a towel then let the battery to reach room temperature and then attach back it to the laptop, then charge it to 100 percent and after charging, remove the power source (Ac adapter) and allow it to discharge completely.

Many users always plug in their laptops and never let the battery discharge which creates trouble for the operating system to detect the charge actually present in the battery. The OS may be showing the wrong indication of charge. Example- The laptop may be showing it has been fully charged but after some time it will get shut down at this instance the battery is needed to be recalibrated. Many manufacturers have set the automatic recalibration, but you can perform it manually.

Charge the laptop to its full limit then unplug the charging source keep the laptop turned on until the battery drains out fully shut down the laptop for around 3-5 hours after it, turn on your laptop and charge it to 100 percent.

Many laptops continue to work fine after removing the power source but some are unable to do it, so while performing this method make sure there is no sudden cut as it can cause data loss.

Steps for this method—

Turn on our laptop

Remove the battery while it is plugged in

This method can be life reducing task in Lithium-ion based batteries but this can be performed in old laptop batteries to make them work normally.

The battery also fails over time and when this happens the battery starts to drain fast and eventually it becomes dead and by recharging and discharging it often you can significantly boost up the battery’s life.

Home » Blog » HOW TO REPAIR A LAPTOP BATTERY

1 thought on “HOW TO REPAIR A LAPTOP BATTERY”